Torquay Football Club was formed after World War I. The original colours were blue and white. The club was disbanded during World War II and reformed in 1951.

Viv Berryman, who passed away in 2008 at the age of 96, was the last surviving coach from that period. Second hand jumpers were donated by the Richmond Football Club, and hence the club became known as the Torquay Tigers.

The first under 15’s team was formed in 1952 and played in yellow windcheaters with a Superman motif on the front! This team trained on a reserve at the end of Gilbert Street and was coached by Geo McCartney. 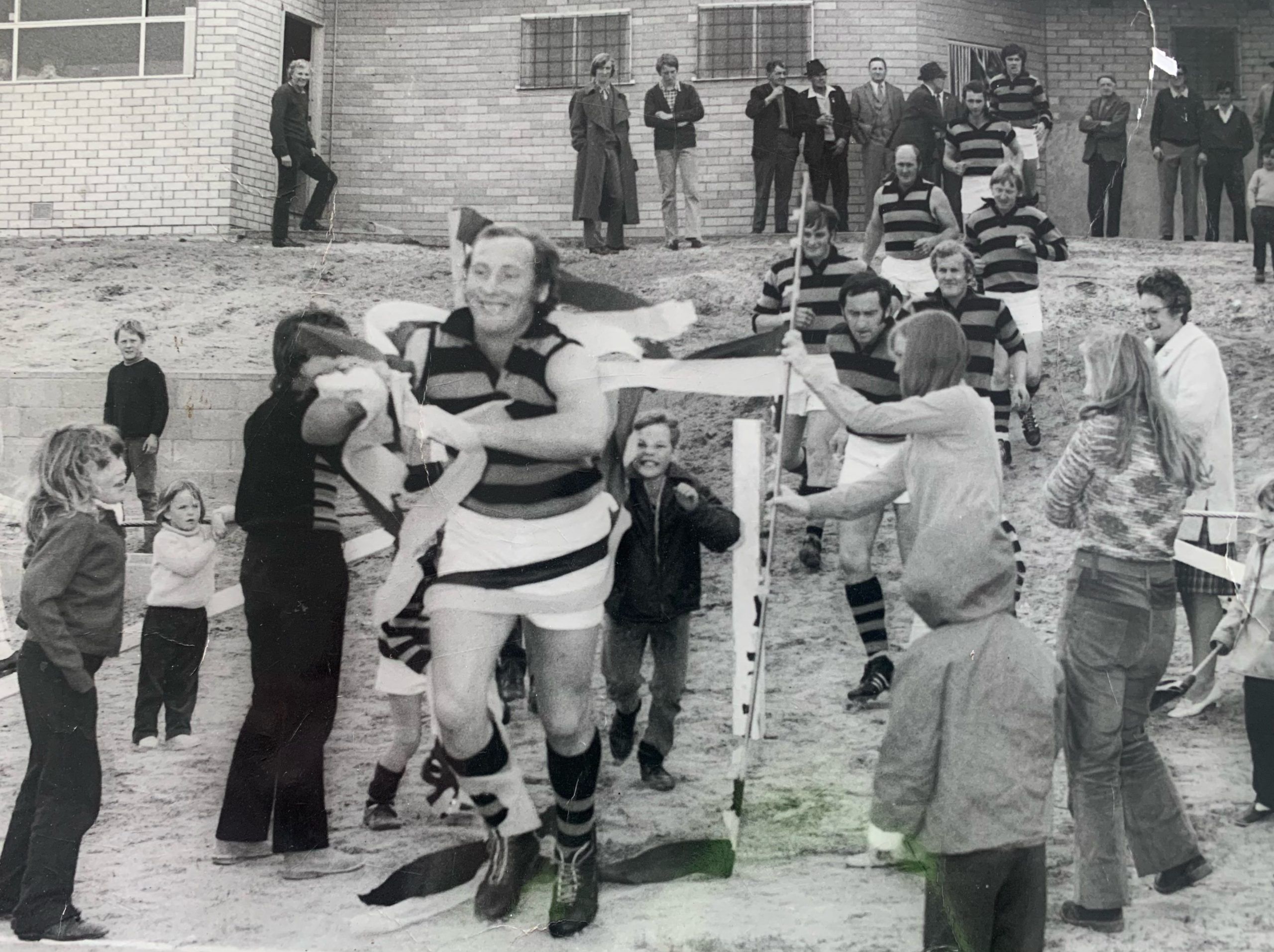 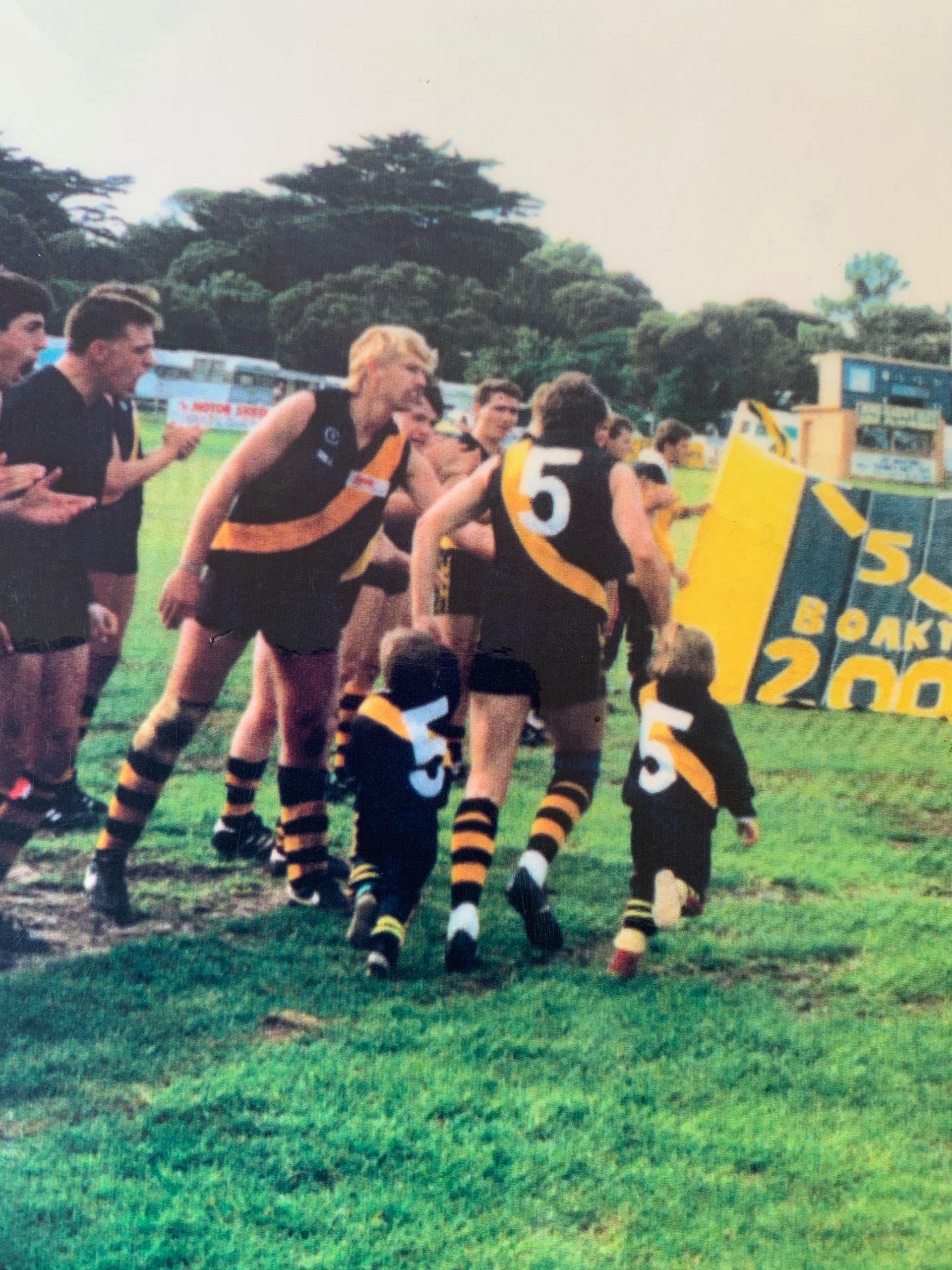 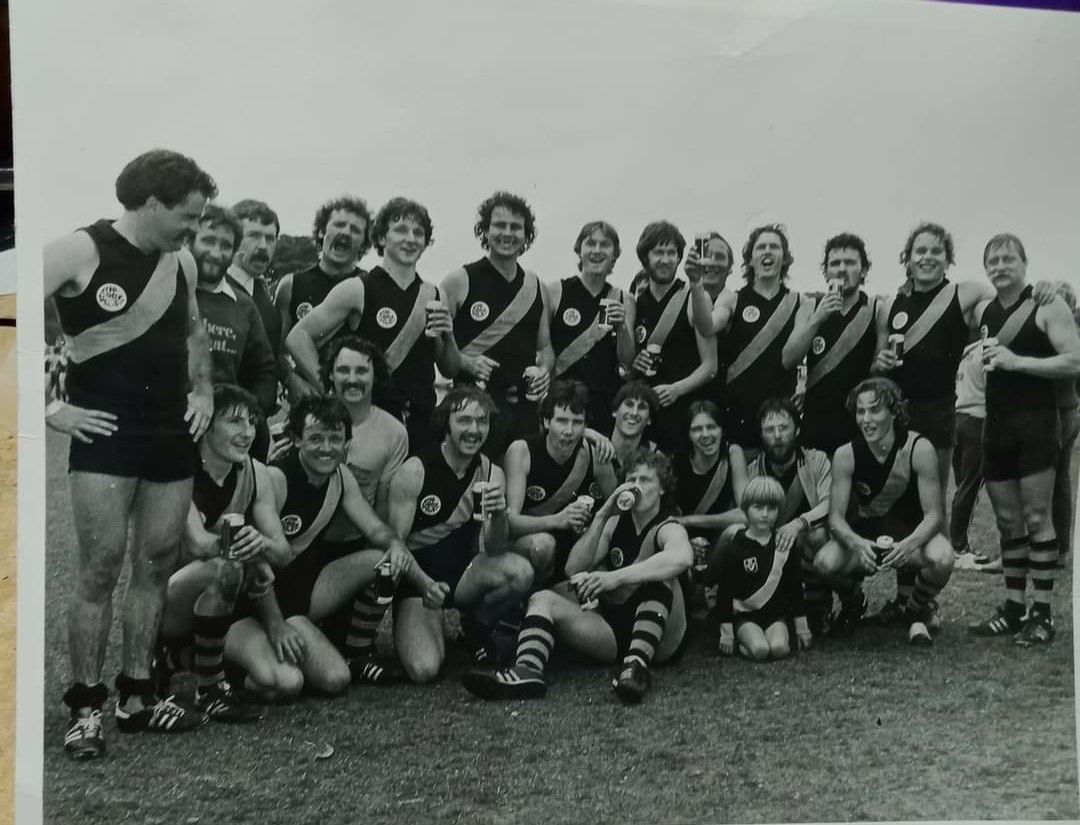 The earliest teams changed at Pawson’s Hotel (site of the current hotel) and played on the oval at the camping ground. Clubrooms were built by a players’ working bee.

In 1959, the team played in Spittle’s paddock (near MacDonalds) and changed in the wine shop opposite ( now a fruit shop) while the ground was upgraded and new clubrooms were built.

The club won its first premiership in 1960. The competition was then known as the Jarman Cup.
The teams in the Jarman Cup at the time were Torquay, Thompson, Modewarre, Marshall-Grovedale, C.Y.M.S (now St. Marys), G.W.C.F.C, Barwon Heads, Stonehaven, Anakie, Lethbridge, Bannockburn and Little River.The B.F.L formed in 1971 and Torquay won both the Seniors and Reserves flags that year. The Club was again senior premiers in 1984, 1986, 1987, 1989, 1998 and 2006.

The Torquay Football Club has served the Torquay and district community for more than fifty years, celebrating it’s 50th Anniversary with a team of the Century “back to” weekend in August 2002.
In its fifty years the Club has experienced considerable on-field success, winning in excess of 30 football premierships. (Pictured: members of Torquay’s Team of the Century)The Club has grown considerably, especially in recent times, and now fields sides in the Bellarine Football League, the Geelong Junior Football League, and the YMCA competition, as well as the very important introductory Auskick football program.
These teams and programs cater for footballers from primary school age to open age senior football competition.

The club now operates from the Spring Creek Recreation Reserve where netball facilities are also located. The Football Club maintains a strong relationship with the Netball Club, and membership rights are inclusive for both sections.

The Junior base of the Club is at the Bob Pettit Reserve in Jan Juc where the Club has installed good standard training lights. The Club actively contributes to the development, maintenance, and management of the both the Spring Creek and Bob Pettit Reserves.

Facilities at the Spring Creek Reserve available for members and players use include the excellent turf surface and lighting of the football oval, two lit netball courts and social rooms recently upgraded and extended to incorporate an outdoor area.

The Clubs junior development philosophy and policy is to ensure coaches at junior level are appropriately skilled and accredited so that junior players both enjoy playing football and are given every opportunity to reach their potential.

Senior teams are selected on merit; if junior players are capable of playing at a higher level, they will be given the opportunity to do so.

As part of its Junior Development Program, the Club hosts the very successful Auskick program that provides strong links with the local Primary Schools and gives students a fun introduction to Australian football. The Club facilities and resources are always available to schools and other community organisations that may have a need for such assistance.

The Club Committee welcomes and encourages feedback from members, players and the community on any issue relating to Club activities. Input is possible by contacting any committee member, or by attending Committee meetings that take place on the second and fourth Tuesday each month at the Clubrooms.

It is hoped that all participating in the Club in any way will enjoy the experience and look forward to future involvement. 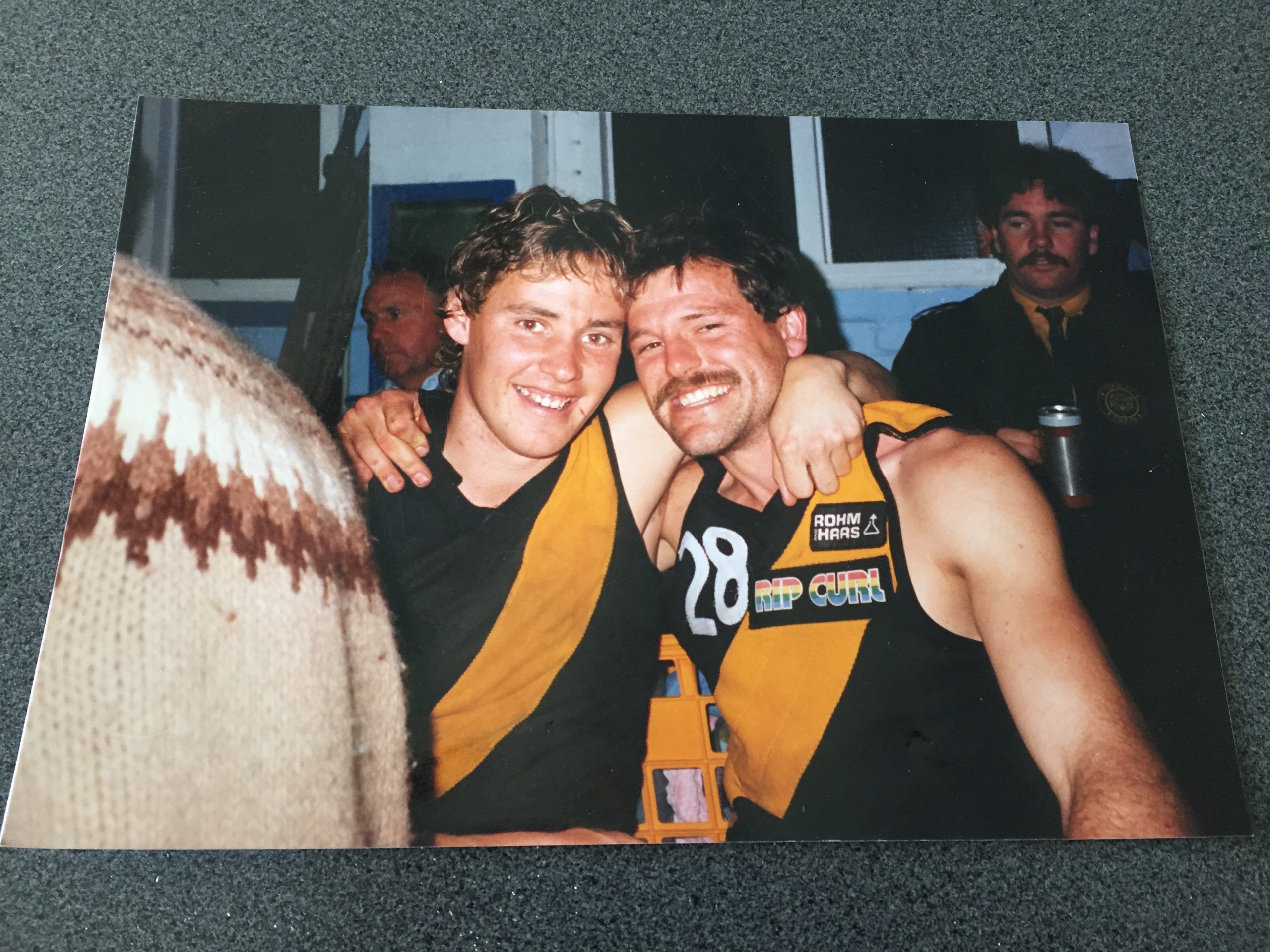 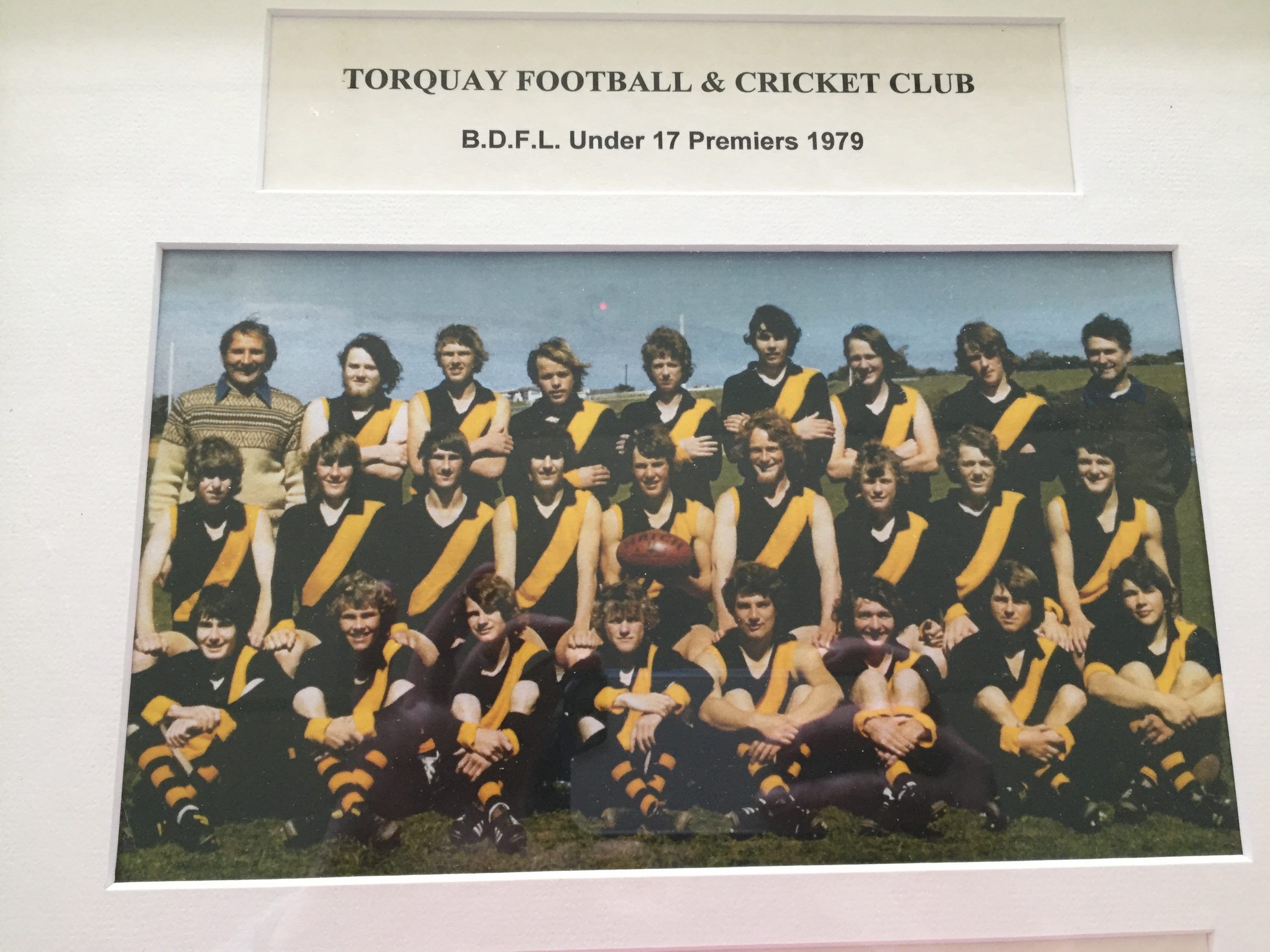